A little behind the scenes of the travels to the Americade Motorcycle rally in Lake George, NY 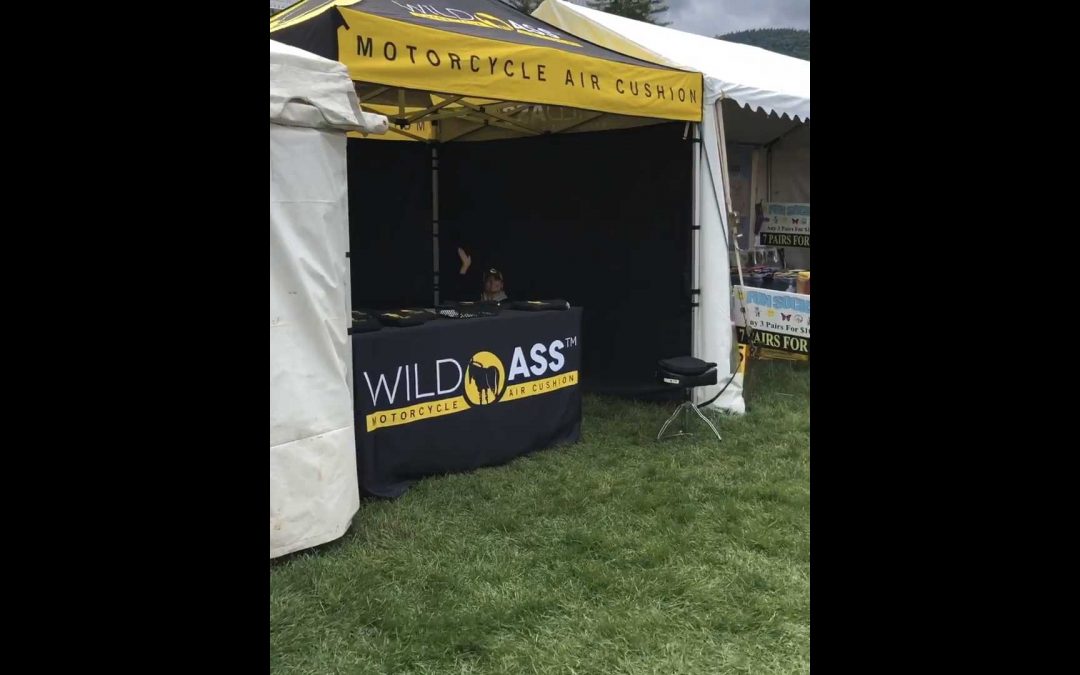 Here is a little video of travels and set up at a typical motorcycle rally.

If you know us at all, nothing we do is typical, and everything we do seems to turn into a bit of an adventure!  We don’t complain however, because bumps in the road are where the stories come from!  Just before this video, I had downloaded an app that would allow me to do some video and photo editing on my phone.  As you can see here, I needed a bit more practice, but here is the story!

In June every year, there is a motorcycle rally called “Americade” that is held in Lake George, New York.  I had been to this event a few times in years past helping Lee Parks with his booth, and love the Lake George Area!  I have always wanted to bring Renae there so this year, we decided to get a booth of our own and see if we could help out the riders in the Northeast.

Leaving Minnesota, the first state we would be passing through was Wisconsin.  In Wisconsin, is one of the kids and her boyfriend Matt.  Matt is a marine mechanic.  We were going to drop off the boat with him so he could prep it for us to use throughout the rest of the summer when we got home.  That plan would change when we were just one hour into our trip…

Picture this…  We were just leaving a stoplight and getting back up to speed, the speed limit was 65, and all of the sudden “BANG!”  Upon quick examination of my surroundings, I see that we are still pulling a boat, and there are NO cars around us.  What the heck just happened?!  As I look into the right side mirror, I see the most impressive rooster tail of sparks coming off the trailer where the right wheel and tire used to be!

My first though – “SHIT!”  As fast as that thought entered my head, the second thought came to light!  “Where is the wheel?!”  If you have ever seen a wheel cruising down the road but itself, you know that they will go a long ways, and do a lot of damage!  I spotted it bouncing through the ditch and was able to keep an eye on it as I got us pulled over.  I was keeping an eye on it, mainly because I didn’t want it coming back and hitting the truck!  Once we got everything stopped and what just happened sank in, but was decision time…

OnStar – Tried that, but evidently they don’t care about the trailer!  They would only help out if there was something wrong with the truck.  That option was out!

AMA – Here’s the ticket!  If you ride and you are NOT a member of the American Motorcyclist’s Association, here is just another reason to join.  Roadside Assistance!  They don’t care what you drive, or what you tow!  This is actually the second time that I have had to use this service, and I have to say that I am really impressed.  The people on the phone are super nice, and they literally took care of EVERYTHING in getting our boat and trailer hauled to a repair place so we could continue East!

Before the tow truck had arrived, a Sherriff’s Deputy had shown up to make sure we were okay.  He was a great guy, and had never seen anything like this!  I was able to walk back and locate the tire.  I saw that the fender had made a clean slice which immediately released the air pressure in the tire and slowed it down.  This answered the question of why it didn’t pass us up and made the search walk way shorter than it could have been.

I am happy to say, the rest of the travels went smoothly!  We made a stop at Niagara Falls and spent the better part of the day there.  This is a place I would recommend if you haven’t been there!  Buy the full tourist pack and do it all!.  You won’t be let down.  And to top it off, the rally was a success!  Even with the tent people having to move their line tents one foot so we could fit in our spot!  Even that wasn’t a big deal!  Those guys were in a great mood and were thankful for them!

We left Americade looking forward to next year and we hope to see all of you there!

Find awesome listings near you!